One of our sons works
on the Bentley Motorsport team and last week he arranged for us to go to Silverstone to see them race. 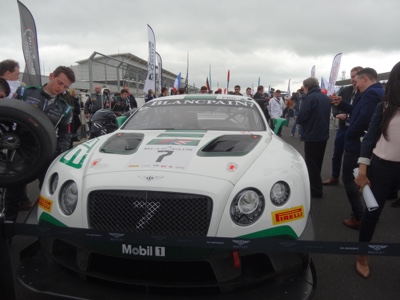 We were treated very well and invited into the garage where the cars were being prepared to race. We were allowed on the Pit Lane 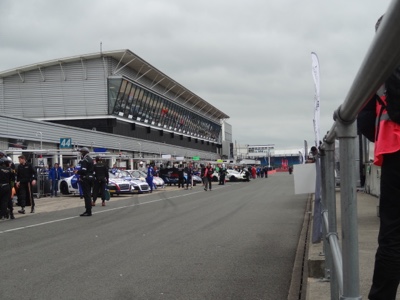 And onto the grid just before the race began. It was like another world, a world of money and prestige which to be honest felt uncomfortable for me. However the chance to see our son at work was amazing, he was busy during the race, headphones on, listening to the drivers and possibly to speak to them too. 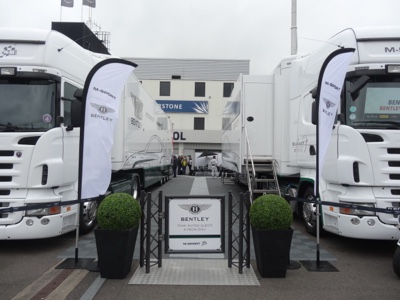 It was a very smart and well presented team and fascinating to see in action. 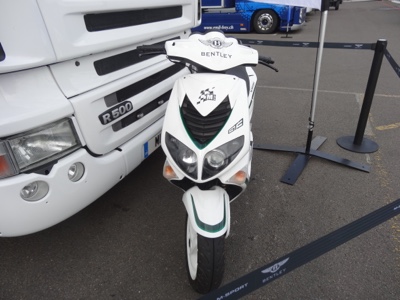 Finally the team had this little moped that the staff buzz about the site on, I'm thinking of asking for my bike to be painted up like this!
Posted by Goosey at 14:38

How exciting to be there and watching your son at work. : )

Goosey
1 husband, 3 children and 1 dog. I am a Christian attending a local Baptist Church. This blog is evolving into a sort of stroll round Dorset, and other parts of the UK sometimes.

Thank you for visiting and your comments are very welcome but please, no tags or awards please...I don't know how to do them and I just blog for fun and as a creative outlet.

Verse of the Day

I will be with you, I will never fail or forsake you, Be strong and of good courage. Joshua 1 v 5 & 6

Things that make me feel glad to be alive